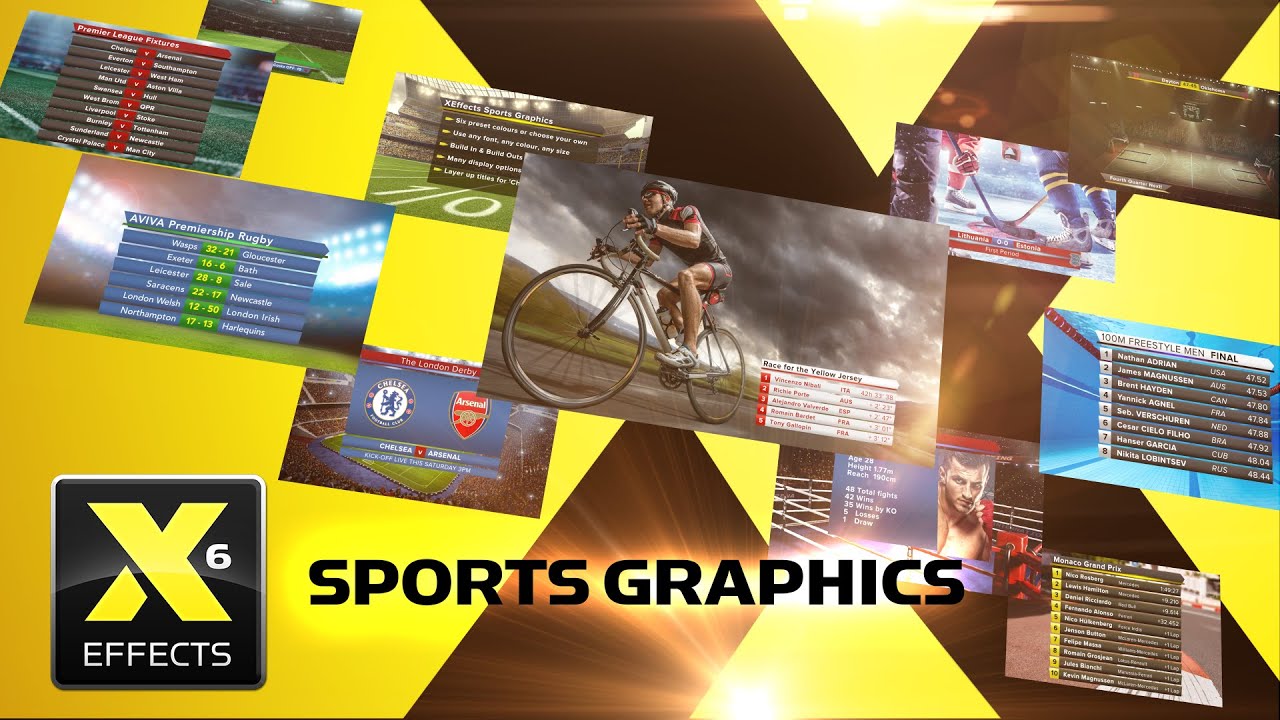 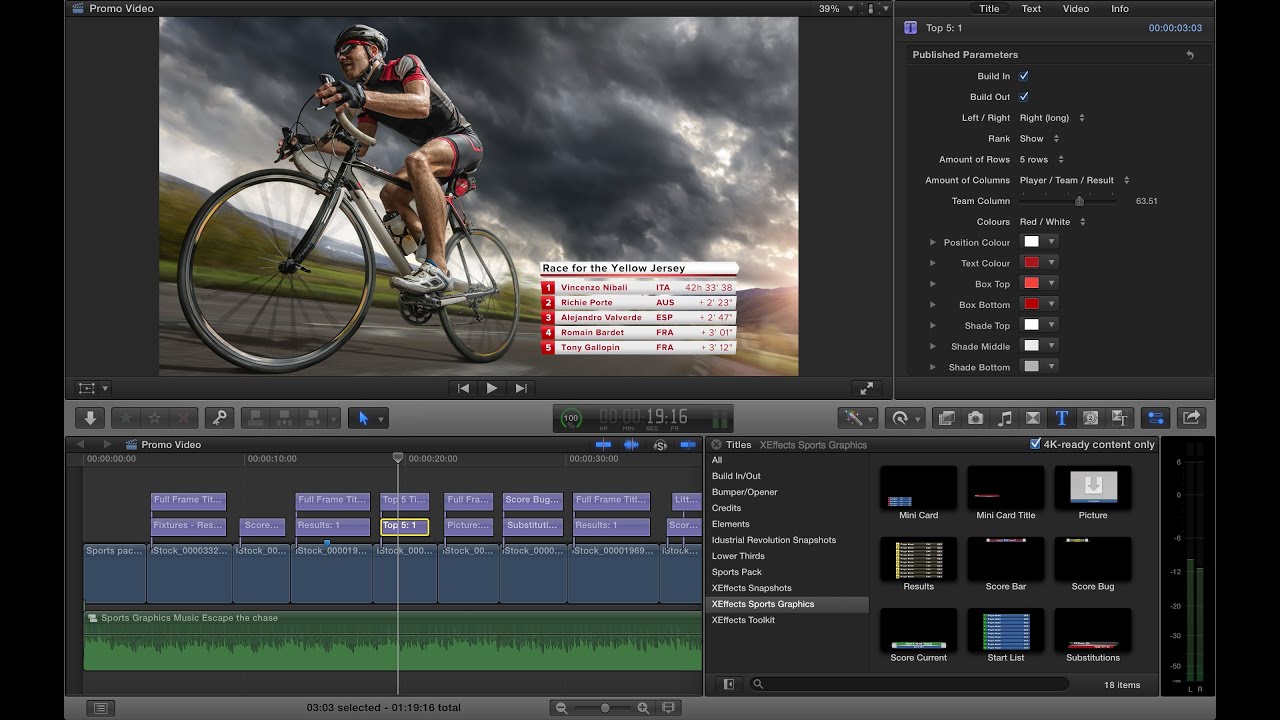 Turning Sports Graphics in Final Cut Pro X up to 11

The following is a guest post by Peter Wiggins of idustrial revolution.

We love customer feedback. Why? Because sometimes it takes a third party to point out something obvious that has been missed. That was exactly the case with our XEffects Sports Graphics. Our successful pack of plugins for Final Cut Pro X was designed to give a very professional look to sports graphics. They should too, they were designed by professional sports graphic designers! The plugins have been used on everything from a record of a local schools’ sports day, right up to international broadcast highlights transmitted worldwide.

And that’s where the problem occurred. We thought the start list would be used for lineups at an athletic or swimming event for example. Looking back, it now seem obvious that FCPX editors and producers were going to use the start list template to list their soccer team players. This was a problem as the start list only showed 10 entries. Yes, you can overlap the tables to extend the list, but having one player on their own looks odd. So as you can probably tell from the Spinal Tap title of this blog post, we’ve just updated the pack to include a start list that has eleven places. It’s not just all squashed up with another entry added, everything had to be resized to look right.

So we can now proudly unveil the FCPX United soccer team with 11 places courtesy of XEffects Sports Graphics.

We have also added another plugin that allows team badges to be added to the Mini Card Title.

The updated pack is available now on the FxFactory store and is a free update for all users.

We also hope that those in the FCPX community won’t mind us borrowing their names for FCPX United. Hopefully we will see most of the team at this year’s Creative Summit. You never know, Adobe City might turn up!